What Is the Grabba Leaf? HotGrabba, Red Herring Grabba or Red Rose Grabba. All of these terms refer to a dark, THICK leaf that’s usually crushed and blended with marijuana. A Grabba leaf is typically a darker and thicker Fronto leaf, used as fillers in cigars. Instead of using the Fronto leaf as a wrapper, Grabba leaf is crushed into a spliff and rolled with rolling papers.

Grabba is a term that is used back home in Jamaica for tobacco leaves that have been cured and are thicker than a regular Fronto Leaf, which you would roll a joint in. Jamaicans have been using Grabba leaves for decades and is very much a part of the Caribbean tradition.

The Most Popular Grabba Choices Are:

Our RED HERRING GRABBA is one of the darkest & smelliest tobacco Grabba leaves offered in the world and at HotGrabbz. Besides its very pungent, smoke-like smell and flavor, due to the “Fire Curing Process“ The Red Herring Grabba leaf is one of the strongest leaves available. Although, this leaf’s traditionally used to make chewing tobacco, snuff and pipe blends. Some of our customers have enjoyed this leaf, in a hookah blends, or as a roll-your-own spliff mixed with their marijuana, comparable to our (LIGHT) RED HERRING GRABBA, despite it’s stronger smell and flavor.

The Red Herring Tobacco Leaf is Dark Thick leaves which are very potent and will over-power the smell in any room. When you’re asking, what is Grabba Leaf? Red Herring Grabba is the most popular among all other types of Hot Grabba in Canada. It’s most likely going to be the first name you hear when users describe Grabba. Red Herring Grabba has the strong smell of smoke, outdoor wood BBQ, camp fire etc.. And the flavor is AMAZING!

Red Rose Grabba, doesn’t have as strong a smell as the Red Herring Grabba; but its strong draw when crushed & blended into your weed will have you choke if your blend isn’t right. Red Rose Grabba is among the most popular leaves to be mentioned when talking about the Grabba Leaf. But remember, Red Rose Grabba has no distinct smell. So its hard to tell the difference between it and the Fronto leaf.

What is the difference between The Red Rose Grabba Leaf & The Red Herring Grabba Leaf?

Red Rose & Red Herring are two completely different leaves. The only similarities between the two are that they are both Roll Your Own (RYO), extra thick and very strong leaves.

Some of our customers have enjoyed this leaf in a hookah blend, or as a roll-your-own spliff mixed with marijuana, comparable to our RED ROSE GRABBA, despite it’s less strong smell and chocolaty flavor. 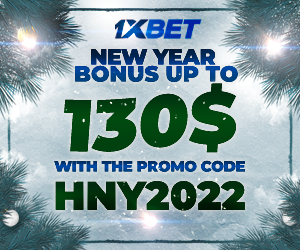 We are CLOSED on Sundays, so all same day deliveries will be made the next day. Dismiss